PHILADELPHIA — The Philadelphia 76ers went the first two months of the season without losing a game at home. Then they lost two in the span of three days.

And, after getting blown out by the Luka Doncic-less Dallas Mavericks 117-98 at Wells Fargo Center on Friday night, Joel Embiid had a simple explanation for what has gone wrong: The Sixers are “playing scared.”

“I feel like, especially tonight, we were playing scared,” Embiid said. “Basketball is easy. You just shoot it, pass it, move it. If you don’t got a shot just pass it.

“But tonight, like I said, we didn’t make shots, and defensively we were pretty bad.”

Everything was ugly for the Sixers in this one. And for a second consecutive outing, they were tripped up by a rare sight in an NBA game: zone defense.

The Miami Heat handed the 76ers their first home loss of the season Wednesday night, playing 38 possessions of zone — the most any team has played in a single game this season, according to Second Spectrum data. The Mavericks followed that up by playing 35 possessions in zone Friday night.

When Kristaps Porzingis, who finished with 22 points, 18 rebounds and 3 blocked shots to lead the Mavericks, was asked when he’d most recently played this much zone, he had to think about it.

“Probably in Europe,” he said.

That will be of little solace to the Sixers, who have now lost three straight since Sunday’s defeat at Brooklyn and looked completely out of sorts in all three games.

Sunday’s loss could be attributed, in part, to not having Embiid, who led the Sixers with 33 points and 17 rebounds Friday night. But he was available against both the Heat and Mavericks, and it wasn’t nearly enough for Philadelphia to overcome either opponent.

And while Embiid saw the issue as playing scared, Sixers coach Brett Brown said Philadelphia’s troubles against the zone the past two games had seeped into the team’s mindset and affected the way the Sixers were playing.

“I think that the influence that our inability lately, to, like, be put on our back heels against the zone has crept into our defense, our psyche, our spirit,” Brown said. “And I can’t stand it.

“This is not who we are. It’s not who we are. … I love coaching these guys, because I respect them. And I feel like our competitive spirit has taken a dent because of our inability to score, and I think that any time you get into a mood swing that affects your defense because your offense is doing something, it needs to be addressed.”

It is only Dec. 20, and even after these three losses, the Sixers are 20-10. But every game matters in the crowded standings of the Eastern Conference. The other four teams bunched up behind the first-place Milwaukee Bucks — the Boston Celtics, Miami Heat, Toronto Raptors and Indiana Pacers — all won Friday night.

As a result, the Sixers dropped all the way to sixth place in the East — though they remain just a game behind Boston for second. But while positioning will certainly matter down the road, at the moment Philadelphia has a far more pressing concern: getting itself back on track.

“A little bit, I am,” Brown said when asked if he was surprised this had become an issue. “I haven’t seen that in this group … how long has it been since the Brooklyn game? Six days? Before that, we were all feeling pretty good … the past six days, if that’s what it is, the past three games we have laid eggs. We have not played with a competitive drive that reflects this team. It’s not, at all, how I see the world.” 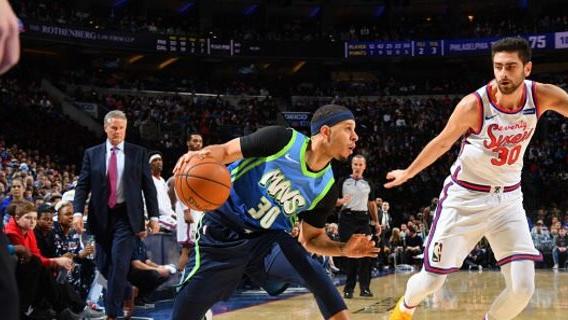 The weird thing about all of the zone defense the Sixers have seen is that, despite the talk about it, the numbers aren’t much different against zone defense than they are versus man-to-man. Per Second Spectrum data, the Sixers shot 40% from the field over those 73 possessions they saw zone against Miami and Dallas and 43% in the 141 possessions they saw against man defense. The numbers from 3-point range (10-for-33 for 30.3% against zone, 12-for-40 for 30% against man) are almost identical.

But this clearly is as much of a mental thing as anything else with the Sixers, who were surprisingly frank after Friday’s game about the issues with which they are dealing.

When Al Horford was asked whether the zone has affected the team, before the questioner could finish, he said, “Yes. Yeah.”

When Embiid was asked to clarify what exactly he meant by the Sixers playing “scared,” he said the biggest issue was players hesitating to shoot when they had open looks.

“Yeah,” he said. “I felt like tonight we had a few open looks, [and] you just got to shoot it. But then again, it’s also a balance, that’s what I’ve been dealing with. You got a lot of people telling you to be aggressive and all that, and obviously you don’t want to be selfish, but at the end of the day if you got to make something happen, you got to, especially if you feel like you have a look.

“In those situations if you’re wide open, or if you’re open, just shoot it. We’re going to get an offensive rebound or we’re going to make something happen.”

The past three games have seen Philadelphia make very little happen — at least apart from repeatedly looking out of sorts offensively and even worse defensively. Making it all the more troublesome for the Sixers is that the past two games were — finally — opportunities for them to play with their full starting five, something they’ve rarely been able to do this season.

But instead of building upon early successes, they’ve gotten their doors blown off by two of the better teams in the league on their home court in the span of three days after repeatedly blasting teams at home over the first two months of the season.

Saturday, meanwhile, brings the Washington Wizards to Philadelphia, and though they are coming off a loss Friday in Toronto that was their eighth in 10 games and dropped them to 8-19, the Wizards have played more zone defense by percentage (3.8% of the time, per Second Spectrum) than any other team in the NBA.

It might offer the 76ers another chance to try to get themselves right against zone defense. But no matter what happens against the Wizards, it’s clear that the Sixers — who entered the season as a team expected to lean on its defense to begin with, and to struggle to shoot the ball effectively from the perimeter — are going to be seeing a lot more zone defense before this season is through.

“It is a complete copycat league,” Brown said. 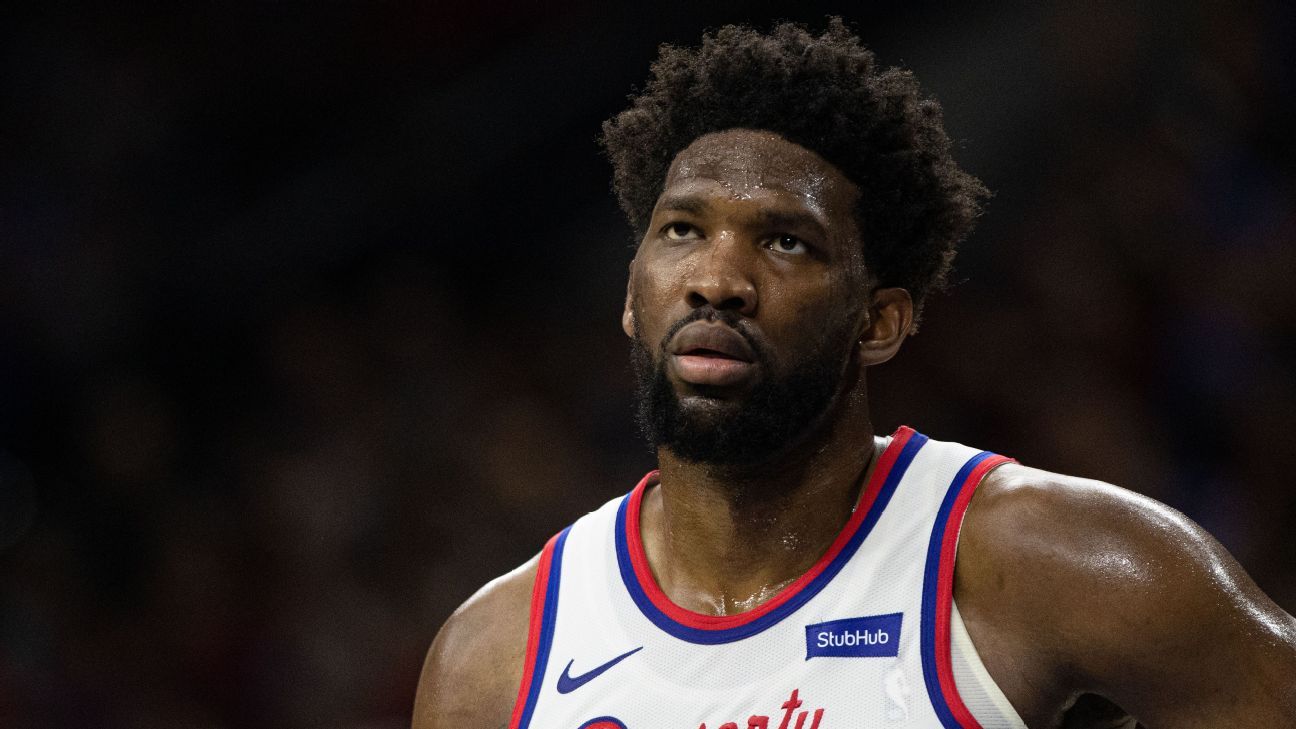 “The real issue is, as I see it, is this isn’t gonna go away. You know, this isn’t gonna go away. And if you went around the league there would be not many teams that live in a zone like Miami could live in one, and Dallas has lived in one, and those that have tinkered with it I think will sit in it and feel more confident and comfortable to sit in it longer as we figure this out.”

Now it will be up to Brown and the Sixers to prove they can solve it.